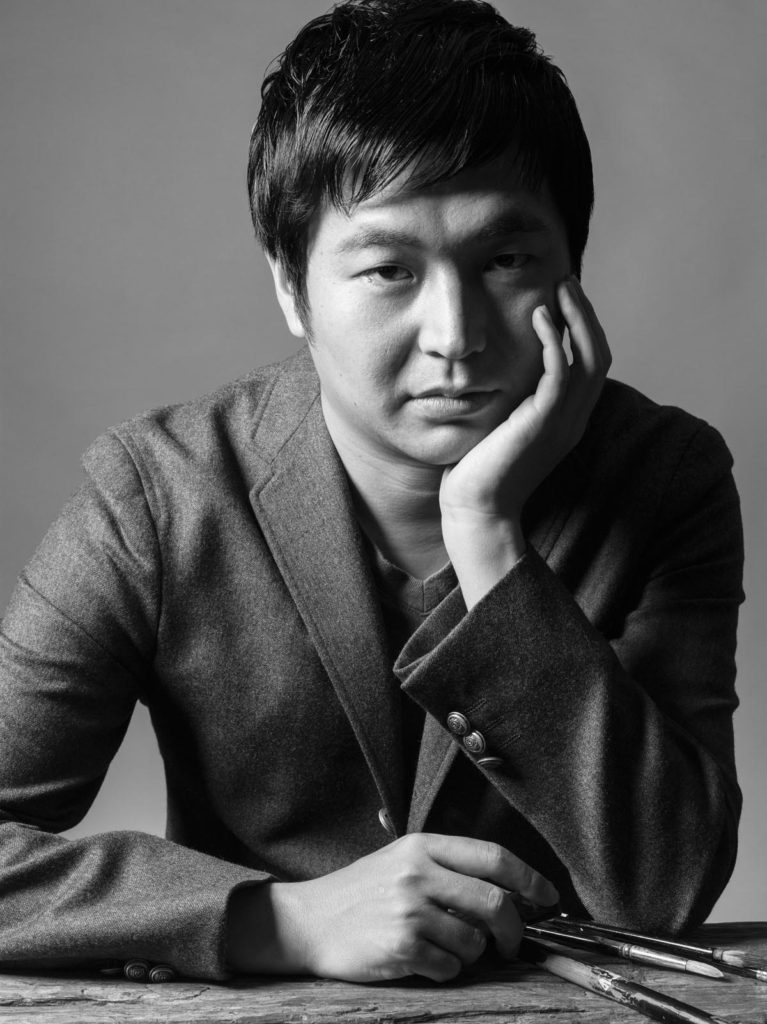 Fuzuki Arai graduated from Tama Art University, Department of Information Design. After working in an enterprise as a web designer, Fuzuki held his first solo exhibition in New York in 2014. His dynamic brushstrokes is cultivated by his experience of devoting himself as a dancer. In addition, his subjects based on universe and galaxies will provide the dazzling light into the world of jet-black darkness effectively. In 2015, the work pursued the affinity between Islam and Japan was exhibited at “The Arab Week 2015 Art Exhibition’’ and received the Japan-Arab Friendship Award from the host country, Ambassador of Oman / Palestine. The artist has been also active as a book reviewer casting his keen eyes into the cultures of all ages and countries.